Did you know that the next cineclub in Bath is next Friday?

The film chosen by Cécile, French teacher at Alliance Française de Bath, is called Camille redouble, a comedy with drama, by and with Noémie Lvovsky. 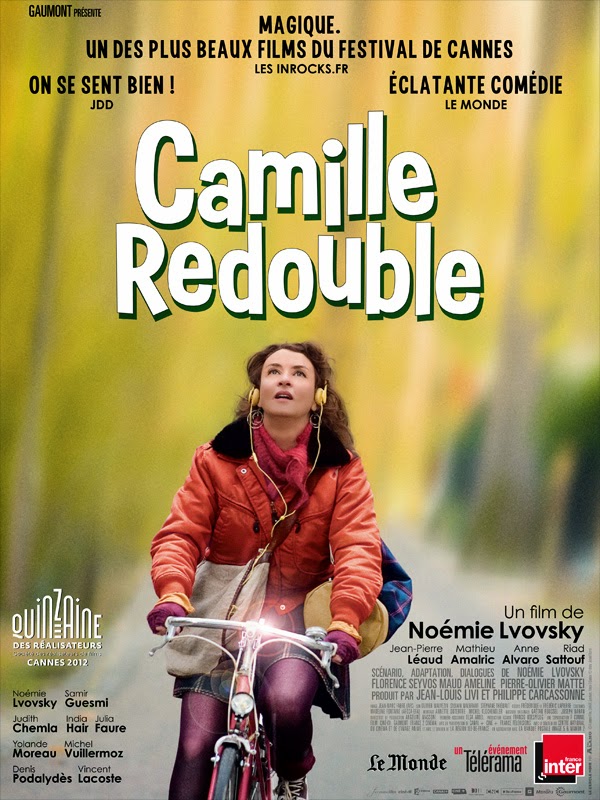 Redoubler at school means that you do the same year again because you did not achieve good enough results, so what does it mean here?
Camille is only sixteen and still  at school ( au lycée) when she falls in love with Eric ( elle tombe amoureuse d’Eric)  also at school.They marry later ( ils se marient plus tard) and have a child and are happy for a while. But  twenty-five years later ( vingt-cinq ans plus tard) Eric leaves Camille for a younger woman. Bitter and desperate ( amère et désespérée) Camille drinks so much at a New Year Eve’s party ( le soir du jour de l’An) that she falls into an ethylic coma and she finds herself… propelled into her own past ( propulsée dans son propre passé) ! Camille is sixteen again when she wakes up the next morning, she is going to live her life again: elle redouble. Is she going to have the same life again?All will be revealed in the film.
For more info…

Here is the link to the trailer ( la bande annonce)