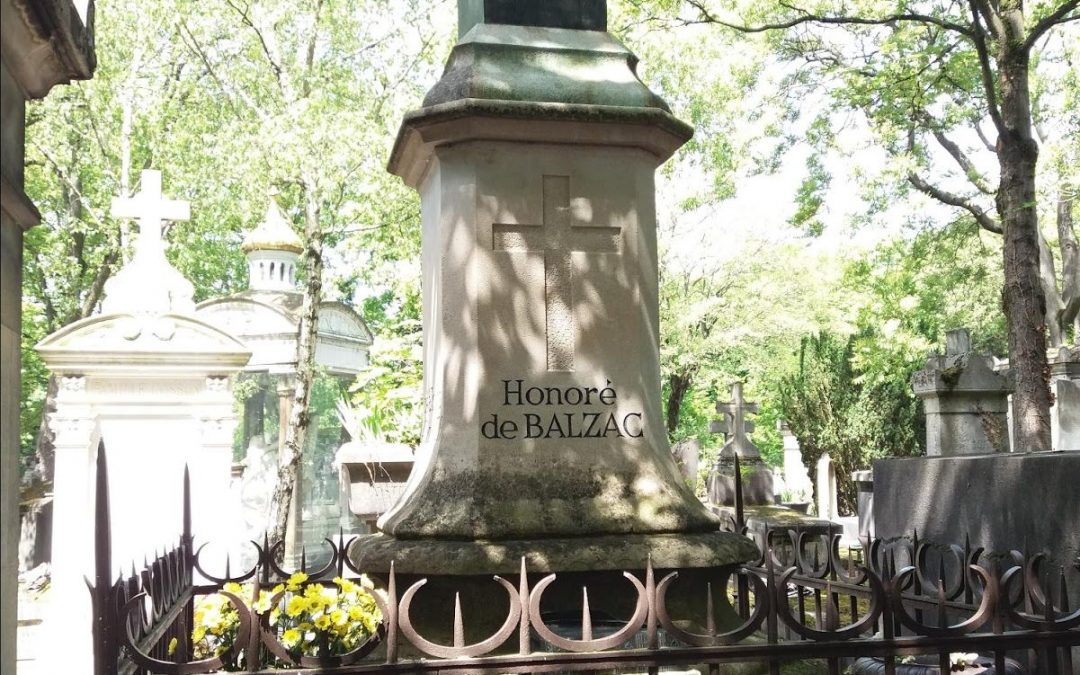 Follow our French teacher Isabelle and her group on their visit:

Just a few days and it’s All Saints’ Day (La Toussaint) and what better topic to pick than the largest Parisian park and cemetery!

Last summer, during my last visit to Paris with a group of students learning French with Alliance Française de Bristol, we visited one of the most visited places (un des lieux les plus visités) in Paris, le Cimetière du Père Lachaise, where more than 70 000 graves (sépultures) are found.

The most ancient one dates back from 1804 when it was officially opened with the first burial (inhumation) of 5 years old, Adelaide Paillard de Villeneuve.

At the time, Parisians were reluctant to bury (enterrer) their deceased loved ones (leurs défunts bien-aimés) – they could not have predicted that it would become one of the most visited graveyards in the world with over 2 billion (million de visiteurs) visitors per year.

Over the centuries, its reputation has spread (sa reputation s’est répandue) worldwide thanks to the many famous personalities who have chosen as their last abode (leur dernière demeure) the quiet shade of the majestic trees (à l’ombre paisible des arbres majestueux) in the Père Lachaise.

It ranges from illustrious writers (des écrivains illustres) such as Balzac, Molière, Oscar Wilde, to the likes of personalities of the music world across the centuries such as Chopin for classical music, Jim Morrison or Bashung for contemporary French or international rock stars, La Callas for opera and the list goes on and on.

They all have in common that they rest in peace (reposent en paix) because they fill one of the three conditions necessary to be eligible for a plot (une concession), today mostly found in the funerary (le cinéraire).

If you’re in Paris on the weekend of All Saints Day (La Toussaint), why not pay a visit and bring flowers to one of its admired occupier’s grave (fleurir la tombe) or spend some minutes in silence (se recueillir) listening to the croaking of the crows and the rustle of the leaves before heading back to the hustle and bustle of busy Paris.

Our French drama workshop is starting on 6th November, give it a try if you would like to practise your French out of the classroom, and contact us for more information: